For companies operating in the highly competitive holiday industry, simply providing travel services, accommodation or leisure activities is no longer enough to ensure success. The speed at which holiday companies are able to respond to issues affecting a holiday experience—as revealed through surveys—is crucial if they are to provide a level of service that generates healthy repeat business. Carnival has 200,000 guests on-board its ships at any given time. 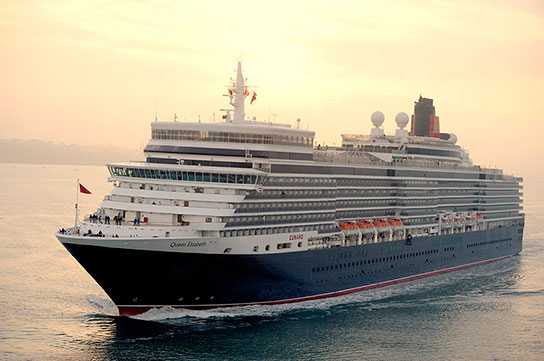 Carnival UK places huge value on the respect its brands represent in the market: P&O Cruises has been operating vessels for more than 170 years and Cunard is synonymous with British re-finement, impeccable service, fine dining and sophisticated adventure. Even so, the company was keen to explore how technology could improve the high standards of service for which its cruises are renowned.

Managing customer expectation in the holiday industry has traditionally meant filling in a question-naire during, or by the end of, the holiday. The cruise industry is no different, distributing paper questionnaires in multiple languages to passengers.

To provide a system that would reduce the delay in processing the data and minimize any adverse effect on holidaymakers, Carnival UK turned to document expert Arena Group and automated document processing specialist ReadSoft.

By providing its assisted printing process, Arena Group enabled Carnival crews to enter ad-hoc questions into pre-printed questionnaires. These “floating questions” would be more timely and relevant to passengers on a specific cruise, generating responses to new or unusual incidents that occurred.

Getting back on course

To gain real value from these responses Arena provided a custom-designed solution for Carnival UK that quickly captured and interpreted customer feedback during the time passengers were still on board. At the heart of this system was ReadSoft’s Forms ap¬plication, which is designed to replace manual input of data with automated data processing. Information is gleaned from all sources, whether surveys, order forms, tax sheets or customer satisfac¬tion forms. ReadSoft Forms soft¬ware can automatically extract and process information from any format—paper, faxes, internet forms, email, XML and digital images such as TIFF, JPG, PNG and BMP.

The Forms software provided the perfect basis for Arena’s shipboard application because it was capable of handling small surveys to nationwide cen­sus taking. By automating data capture, fewer resources were required to process the paper forms. The responses could simply be scanned in by an on-board staff member. Because the system eliminated manual keying of information, errors were reduced to a minimum, which prevented paper waste and reduced costs.

ReadSoft Forms features incorporation of optical character recognition (OCR) capability, which means the software can recognize and process data however it is represented: machine-printed, as a barcode, in a check box, circle, table, a matrix format. Versatility was also proven, as the system could highlight items rated as ‘fair’ or ‘poor’ and it could extract handwritten comments—especially important when these were annotated alongside poorly rated questions.

By replacing the manual process, report generation was reduced to less than two hours from weeks, ensuring passenger issues can be identified and rectified while the passengers were still on the cruise.

Richard Parker, Systems Analyst Passenger Services at Carnival, has first-hand experience in using information from Forms software. Information needed is delivered in a simple text file, making it easy to integrate with any statistics system, ERP system or archive. From a single report, crews can ensure relevant staff such as bar managers, restaurant and dining staff or cabin stewards can hone in on specific service issues.

Fast reporting delivery and being able to correct problems that are identified by individuals helps Carnival’s passengers feel well cared for because they are receiving a better-than-expected level of personal ser¬vice during their voyage.

In 2014, Lexmark International, a global technology leader, acquired ReadSoft, a leading provider of applications for automating business processes. Together, they become an unmatched solution for financial process automation. Lexmark enterprise software, hardware and services remove the inefficiencies of information silos and disconnected processes, connecting people to the information they need at the moment they need it. This case study reflects ReadSoft products and positioning at the time of acquisition and has been approved for use.