Serving Pennsylvania’s Delaware County, the district has 3,400 students and an annual budget of $58 million. Every school in the Springfield School District has been recognized as a National School of Excellence by the U.S. Department of Education. 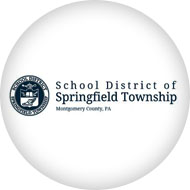 During his 40-year career as a teacher and technology consultant to the Springfield School District in Pennsylvania’s Delaware County, Hank Bohinick has seen it all, from the first computers in the classroom to the latest Internet-based social-networking technologies for enriching students’ educational experiences. One technology he’s glad to see replaced in his school system is its old inkjet printers.

In the late 1990s, Bohinick was maintaining dozens of inkjet printers, each one shared by four computers connected by parallel cables through a manual rotary switchbox—a 1980s technology holdover. If two students hit the print button at the same time, the switchbox would lock up, requiring computers to be rebooted and unsaved work sometimes lost. The real attention grabber for the school system was the printers’ appetite for ink. Not built to withstand nearcontinuous use or tightening budgets, the time for the old inkjets to go had arrived.

These printers take a lot of abuse and they have continued to run without interruption for more than a decade.
Hank Bohinick Technology Consultant

Following a colleague’s recommendation, Bohinick contacted Lexmark. The company quickly furnished and installed two small-business monochrome laser printers for evaluation, connecting them to the Springfield school system’s network. The advantages became apparent almost immediately. “The speed and quality of the Lexmark laser printers was great, and they were much more economical than our inkjets,” said Bohinick.

The potential for saving thousands of dollars was clear. The high-yield toner cartridges used in current Lexmark laser printers print up to 36,000 pages, far outpacing the yield from a typical black inkjet cartridge.

Through the evaluation period, the school system was able to demonstrate a clear savings and was impressed with the printers’ reliability and output quality. In 1997, the school system allocated funds to begin the process of phasing out its old inkjets.

Today, twelve years after those first Lexmark laser printers were installed, they are still running strong, churning out nearly 40,000 pages each year. “These printers take a lot of abuse and they have continued to run without interruption for more than a decade,” said Bohinick.

The speed and quality of the Lexmark laser printers was great and they were much more economical than our inkjets.
Hank Bohinick Technology Consultant

With the district now fully networked, a business-class Lexmark laser printer sits in each of the 300 classrooms in four schools. The old inkjets are a distant memory.

“The performance of the lasers was so much better and easier for teachers. We didn’t get a hue and cry from anyone wanting color back again,” said Bohinick. Some projects do require color, and for those, a pair of Lexmark color laser printers were installed in each school as well.

Though long satisfied with Lexmark hardware, Bohinick notes that Lexmark’s responsive account and technical support are equally important. “Whenever we have a technical question, the Lexmark engineers are responsive and willing to come on-site,” he said. With due diligence obliging the district to evaluate other printer manufacturers periodically, the result throughout the last decade has been the same each time. “We couldn’t even get them to come out here,” said Bohinick.